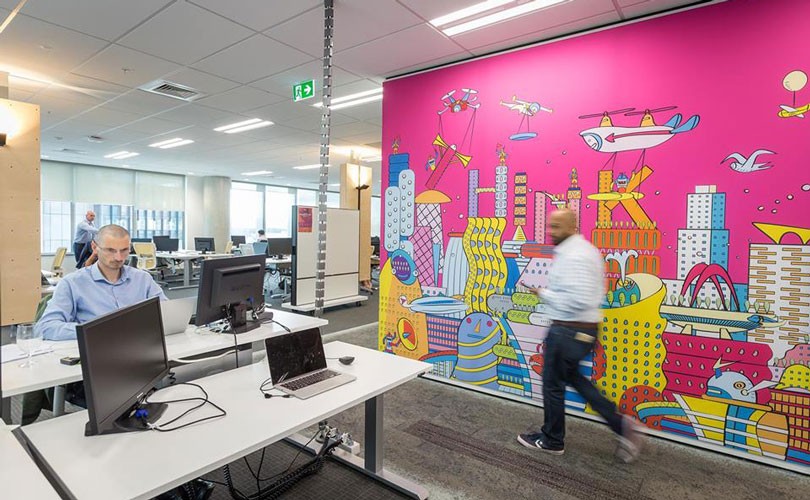 Last year, job attrition in the U.S. reached its highest rate on record — and things haven’t really improved since then. With the cost of replacing an employee sitting anywhere between 30 and 400% of that person’s annual salary, there’s obviously a strong financial case for investing in retention — not to mention the benefits of preserving institutional knowledge and protecting morale.

Predicting when someone is going to leave can be tough, but IBM seems to have it down to a fine art. The tech giant claims that its “predictive attrition program,” developed through its artificial intelligence (AI) platform, Watson, can predict whether an employee is likely to leave within the next six months at a 95% accuracy rate.

Armed with this knowledge, managers can take strategic actions to encourage that employee to stay. By focusing specifically on high performers with in-demand skills, IBM says it has saved $300 million in retention costs.

While IBM doesn’t want to give away all the ingredients of its secret sauce, it has revealed a few of the key data points it analyzes. Here are a few telling pieces of data you can track to predict turnover and keep employees engaged.

Look for patterns in promotions: The length of time an employee has held one position can indicate when they’re ready to move on

The choice to leave a job can be complex and personal, and people move on for a lot of different reasons. But by tracking the circumstances that surround an employee leaving, you can begin to build a profile of someone ready for a change — helping you identify others before they hand in their notice.

IBM has found that the length of time between promotions and overall job tenure can be very telling. For example, if an employee has been in the same job for a longer-than-average time, they may be growing dissatisfied or antsy. In this instance, managers can provide more training to help the employee take the next step in their career.

The promotion rates of peers can also play a role in attrition. In one story reported in The Washington Post, a female software engineer at IBM was very aware of the fact that she wasn’t being promoted at the same rate as three former classmates. But since they worked in different parts of the company, her manager simply wasn’t aware that she was comparing herself to her peers.

Luckily, the system spotted the disparity, prompting her manager to help her advance through mentoring and stretch assignments. She’s still with IBM today.

If you don’t already benchmark the average tenure for each role at your company, now is a good time to start. While some employees may be perfectly content in the role they’re in now no matter how long they’ve held it, others may be eager for advancement but unsure how to take the next step.

It’s also worth tracking metrics like promotion rates, compensation, and bonuses across the company. This can shine a light on imbalances that may be deeply frustrating for some employees. For example, if men tend to advance much faster than women, it may be time to reevaluate your promotion criteria to ensure they’re fair and unbiased.

Consider areas of friction: A long commute and lots of overtime can also factor into an employee’s choice to leave

Simple factors like the length of an employee’s commute can have an impact on retention, though IBM says this metric can only tell you so much. Still, helping to relieve frictions, however small, can go a long way.

If commutes are a problem at your company, consider offering flexible and remote work options that give employees the choice to work from home sometimes or shift their hours to avoid rush hour traffic. This can benefit all employees, so it may have a positive impact on retention beyond the far-flung commuters.

Another major friction point that IBM has identified is the amount of overtime an employee works. In 2016, back when IBM was still fine-tuning its program, a company blog post noted that the predictive model found a strong link between excessive overtime and attrition. Specifically, the data showed that employees working more than 15 hours of overtime each week were the most likely to quit.

It may seem intuitive that the people working the longest hours are the most likely to experience burnout and want to leave. But it can be hard to keep track of potential flight risks without actively tracking and analyzing this data, especially if managers have little oversight over the number of hours staff are actually working — both in and outside the workplace.

While a little overtime is normal during crunch times, if the data shows that someone is giving up countless evenings and weekends, it may be time to intervene and see if they need extra support. Showing that your company is committed to helping employees manage their workload successfully and achieve a healthy work-life balance can improve morale and engagement, reducing turnover as a result.

Be watchful, but don’t be obtrusive

Whether you use AI or a simple spreadsheet to track retention-related data, it’s important to be mindful of the type of data you track — and where you get it from. IBM’s tool does not collect data from employees’ emails or social media accounts, but some companies are going to these measures in an attempt to curb their attrition rates.

The last thing you want is for employees to feel like they’re being spied on. There’s plenty of data you can gather without being obtrusive, including the metrics noted above.

If you do plan to collect data that employees might consider “private,” be transparent about it and let employees know what you use data for — like helping you spot people who are ready for new responsibilities or could use some guidance around optimizing their time. Studies show that while many employees are concerned about how workplace data is being used by their employer, the vast majority (92%) don’t mind it being tracked so long as they feel confident that the goal is to help them. Trust and retention often go hand in hand, so use your data responsibly to build a happier, more transparent workplace.